When it comes to the "Corona virus" I have purposefully stayed quiet, I believe that I don't know enough about it to give any advice, there are loads of Youtube channels out there who give excellent advise on the subject anyway, The Canadian Prepper and Full Spectrum Survival to name two.


Yet here I am, finally talking about it, not jumping on the band wagon to get views or anything like that. I believe I finally have something to say on the subject.

See, I have a Corona virus.. No, not "the" Corona virus, Corvid-19. I have a cold. The Corona virus has been with us for years in one form or another, it is seasonal flu, the common cold, man flu, and the sniffles. 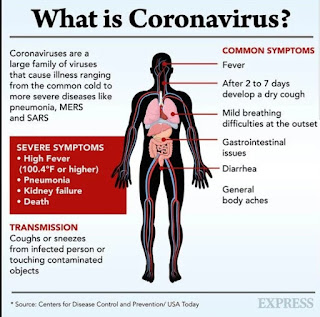 What makes Corvid-19 (to give it its new proper name) different is our bodies have no experience of fighting this virus, we have no antibodies when it comes to this one and what antibodies we do have dont know what to do.

Corvid-19 can last for up to 5 days on most surfaces and is passed via the mouth, nose and eyes in droplet or aerosol form. Studies have also found live Corvid-19 cells in human excrement.

The problem I am having is, the more articles I read and videos I watch on the subject, the more questions I have. 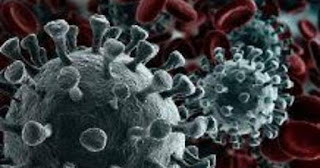 As an example, when the news first broke of a new "Novel" Corona virus in Wuhan, China, it was reported that the only laboratory in China able to deal with such a virus, research wise, was in Wuhan.

Sorry but was I the only person in the world who watched this report and thought..

"Well that is not at all suspicious, but very convenient".

It also seems a little bit suspect how there are four or five laboratories in Wuhan, some with a level 1 security status, these labs mainly work on cosmetic research while the labs who have a level 4 security status work on biochemicals and the like. You can see where I am going with this line of thought, yes?

So it seems perfectly acceptable to ask..

What did the bat/s do or come into contact with that was different this time that could cause this outbreak? These has to have been some kind of external change to have caused this outbreak now, rather than at any time on the past.

I have heard a few theories as to why this virus is here, now.

One of my friends has said that "the virus could have been released as a form of population control".

I honestly can not find an argument against this theory.

Then there is the idea that "the virus was released by way of lining the pockets of pharmaceutical companies, who would of course be charged with creating a cure for this virus, obviously at a cost".

Again, I have no argument against this idea.

Then there is that one Chinese scientist who spoke out about the virus and how China was handling the situation and how he has suddenly gone missing. (Nah, this is definitely not suspicious)..

On the subject of scientists, it is usual for a scientist to write a paper when they discover something or have an update about something. This is known as a "White Paper" .

This paper contains the information about the discovery, how it was made, evidence and theories about possible applications or implications of said discovery. 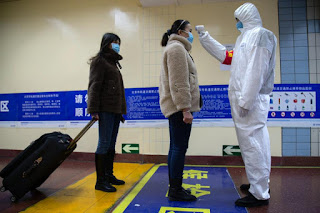 Now I can totally understand why the CDC and the World Health Organisation would be interested in these papers by way of helping further their research into containing and eradicating Corvid-19.

What I dont understand is why the CDC and World Health Organisation are saying that they want all papers, before they are published so that they can decide on whether to release these papers into the public domain. I am sorry but I am getting all kinds of red flags and warning bells when it comes to this one.

Next, I have heard that the Corvid-19 virus has been disassembled, the scientists who did this have bypassed the CDC and WHO mandate and instead they have released their paper. Part of this paper talks about how parts of the Corvid-19 virus seems to contain "Man Made" proteins, it goes on to say that part of the HIV virus was found. (Though no evidence was sighted to substantiate this claim).

I dont think of my self as a conspiracy theory fan, there are way to many of them to give credence to but in this case I am sure that there is more to this virus than is being told.

No doubt more questions will come up as this virus continues to sweep the world.

Email ThisBlogThis!Share to TwitterShare to FacebookShare to Pinterest
Labels: Health and Fitness