Becoming the Grey Man is a concept where we dress in such a way that we can walk through the streets of any town and not be noticed, the idea is to find out how the majority of people in that area dress, take a baseline dress code and mimic it so to speak, this way we can walk down any street without attracting attention.

When I first heard about the Gray Man Principal I admit that I thought to myself that the people in my neighbourhood are used to seeing me pootle around in my combat jacket and my 100 ltr burgan strapped to my back, so I don't need to worry about blending in while I bug out or while some shooter is taking people out in my location. 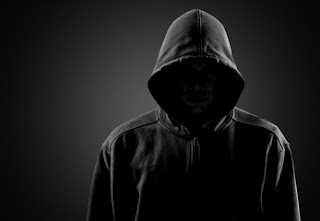 These days, I am thinking different, maybe not looking like I have just fell out a documentary about British soldiers in Iraq would be a better option, if I need to get out and scavenge up some water or whatever or if my neck of the woods is hit by one of those low life terrorists we are having issues with right now, I won't stand out and become target No.1.

Don't get me wrong, becoming a Gray Man does not mean not being prepared, hell my bug out bag is British Army issue and once I get the side pouches for it.. as a purpose built backpack created for military service use, I am going to use that sucker. 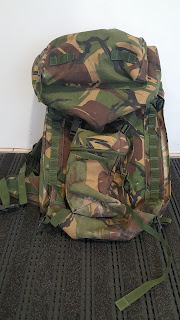 Saying that, I can not go about my daily life with a huge ass backpack on my back when all I am doing is going for a job interview or going for a coffee with friend's. Yet I still want to be carrying my emergency first aid kit, survival kit, and the rest of my EDC items (which I am still putting together), without standing out.

This is where the Gray Man Principal comes in. You can still be prepared and still have all your Every Day Carry items on you but, you need to do this without drawing attention to yourself.
See, the human brain is bombarded on a daily basis with a gazillion ton's of information and stimuli, luckily we have been programmed to be able to ignore irrelevant information and only pick up on things which stand out from the norm, and you, boys, girls and those of you of mixed or no gender will stand out big time if you pootle down the street in your full tactical gear and your hug backpack, you will be seen and you will have people comment.

You do not want this because it could pose all kinds of problems in the future if you are in a Bug out situation or you are unlucky enough to attract the attention of a shooter. The thing is, as you go down the street in full tactical you look like you know what you're doing, you look military and as such you are a target, more of a target than that dude in front of you with the blue jeans and sweat top that doesn't even have a logo on it, and because you look like a target you will become a target.

I still have my Army issue combat jacket and my 100 ltr burgan but, once I get the side pouches for the burgan, that will become my bug out bag and the jacket? Yeah, that will be packed away as part of my bug out kit. 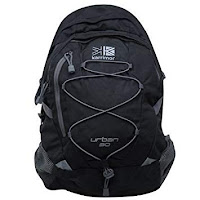 This week I bought a plain black Karrimor Urban 30 backpack (Pictured left), a small one, big enough for my EDC and a few other bits that I will need. So I can go out and not stand out while still being prepared.

Other things you could do to go Gray Man would be to wear ear buds, you don't even need to have them plugged in to anything, just have them in your ears. This serves two purposes.

1. People will not approach you and strike up a conversation because they will think your listening to music.

2. If someone does approach you, like those annoying street sales people who try to corner as many people in the street as they can, you can walk by without even making eye contact, while not coming across as being ignorant.

The idea is, as I have said earlier in this post is to be able to walk down a street unnoticed, this means that you attract no unwanted attention, no-one makes eye contact with you, once you make eye contact, you have opened the door to a conversation, which will create a memory in the mind if the other person.

Any conversations which you do have, with shop assistants etc, must be made in such a way that the assistant will forget that you were even there within a couple of minutes.

Going Gray Man will enable you to melt into the background, this way, even in a bug out situation you will go unnoticed, no-one will remember you, thus keeping you and where ever you are going to or coming from safe.