Have you ever had one of those days where you are just in one, you have no idea why your in a bad mood, you just are. Well this was me a few days ago, I guess I just woke up in a bit of a funk and after making the phone calls I had to make, my day went from bad to worse, not because of the calls but because of the attitude of the person on the other end of the phone.

This went on for most of the day until I watched a video by the Youtuber Canadian Prepper, he was talking about living in the moment and being thankful for the little things we have now because, if and when the SHTF we probably will miss them, we will also miss little moments like watching our kids play in a safe environment, being able to sleep in the knowledge that we are safe. You can watch Canadian Preppers video below, go on, watch it and then tell me that you dont feal even a little bit inspired.

After watching the above video, I finished making tea and, with the help of DT 2 put up a 4 man tent in the front garden, we made a small fire pit and we just sat, in the rain, later, once the rain had stopped we were joined by the rest of the family. 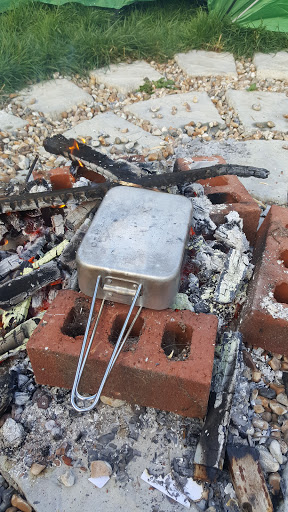 Marshmallows were roasted and dropped into the fire. We even cooked pasta in my son's mess tins.
After the sun set my wife and the dogs went back into the house, leaving DT 2, 3, 4 and myself  to spend the night in the tent. 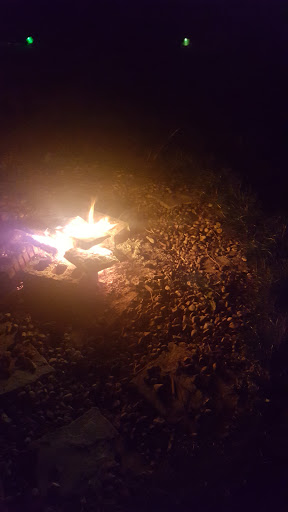 It's the day after now and I am tired as all hell, hardly slept a wink last night, I was almost constantly making sure my youngest son and daughter were OK. Of course they were fine, even slept through two cats screaming at each other and the arguments of a few drunks coming home from the local pub.

A few months back I made a post titles "I Dont want to commit that crime"where I said that I don't want to be constantly writing about things that are going wrong in the world while missing all the beauty that the world has to offer.

Even though these days I am prepping for the SHTF, even if that ends up being another Beast from the east this winter, this time we will be ready, don't get me wrong I don't want society and the infrastructure of the country I live in to crumble, I just want to be ready incase it does, in the mean time I want to be able to live in the moment, make sure my wife and children have happy memories, something to smile about when the look back at their past.

Tell me, what have you done this week where you were "in the moment"?