There are Monsters Out There...

It is late in the afternoon of a beautiful warm sunny day, there is hardly a cloud in the sky and the streets are deadly quiet. There is not a single child to be seen in a street filled with young families.

Earlier today, I stood in the middle of a street and looked round, taking in a desolate landscape. You would be forgiven if you were to think that you had accidently walked onto a set of the movie 28 days later. 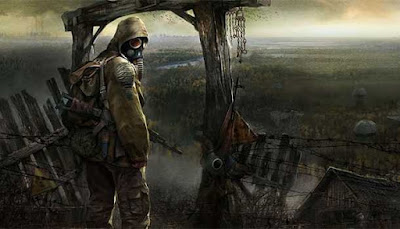 It wasn't like this last week, or even two days ago. Kids were out on their bikes or playing football outside of their front doors. But not now, not after yesterday.

See, yesterday morning a young girl was followed on her way to school by someone in a white van. When she stopped, the van stopped. When she started to panic and walk faster the van moved faster, following her as she made her way along the street.

In a panic she turned and started to run, the van turned round and follows her.

It wasn't until she started screaming in a panic as she ran past a group of parents taking their kids to school, that the white van picked up speed and left the street.

I have no idea if the little girl went to school that day. I do know that she didn't get taken by whoever was in the van.

The thing is, the street where this happened is the street I live on, the school.. the school is literally 4-5 houses away from where I live and all this happened at the same time as I was taking my 8 year old daughter to school.

Parents in my street are on a high alert now, we watch every van that passes along our street.

Our children are within eye sight, in our back gardens where no one can take them.

We see things like this on a weekly basis and we always think, "That poor child, I bet his/her parents are worried sick, so glad it's not me".

We think of the parents in Mexico who have had their children taken from them because they crossed into a new land looking for a better life and we think "So glad that isn't me, I have no idea what I, we would do if that was us".

Yesterday it nearly was one of us and yesterday it was too close to home, the monsters were in my street.

Advice time: It doesn't matter how old your children are. Tell them, if they are followed or they think they are being followed. Run, run to school, back home, into a shop and tell someone.

Luckily she will be able to celebrate her 10th birthday at home with people who love and care for her.