Warning. This post contains spoilers from the Netflix TV show Lost in Space. If you have not finished watching Season 1, stop reading Now!
Recently I have been binge watching the remake of Lost in Space rewritten for 2018 by Matt Sazama and Burk Sharpless. All 10 episodes from season 1 are available on Netflix as of April 13th 2018, so if the need takes you, you could watch all 10 in one go.
I have to admit that I have become 100% hooked on this show to the point of watching the whole of season 1 in less than a week. I love this show and am devastated that now I have to wait until late 2019, early 2020 before season 2 is launched.


It didn't take too long before I found my favourite characters and a couple of characters I did not like and couldn't see myself trusting in any situation, one of the characters I don't like is Dr. Smith. I am not ashamed to say that both my wife and I could be heard telling Will Robinson to not listen to a word Dr. Smith says, "do not trust her Will, she is a devious, manipulative person".

You could tell right from the start that Dr. Smith, whose real name is June Harris (played by actress and musician Parker Posey) was going to be trouble when she drugged her own sister so that she could steal her identity and escape a dying Earth, later stealing the identity of Dr. Zachery Smith so that she could take his seat on an evacuating Jupiter ship when the Resolute ran into trouble.

Dr. Smith is an out-and-out Sociopath with no sense of remorse or guilt for any of her actions, as can be seen from the two identities she stole by way of getting what she wanted regardless of the consequences for the people she left behind. 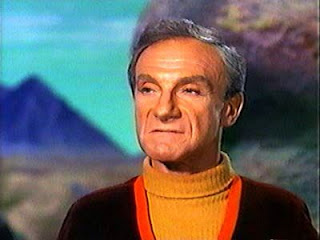 With the Dr. Smith from the original 1960`s Lost in Space, you knew where you stood, he was a coward, if there was the slightest hint of danger, you could guarantee that he would be nowhere to be seen, this and his mistrust and fear of Will`s robot meant that the original Dr. Smith was always on guard, saying that as far as I can remember, the original 1960's Dr. Smith would not have put any of the Robinson's in danger, not intentionally anyway. The new Dr. Smith, to be blunt, just can not be trusted, she is only too happy to play the victim, lie, cheat, steal and if the opportunity arises kill as long as it gets her what she wants. 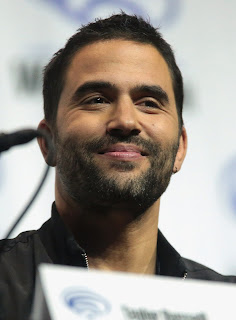 Unfortunately it took some time for the Robinson family to realise this and even then, it took Don West (Ignacio Ariel Serricchio) a mechanic from another Jupiter to find the ID of the original Dr. Zachary Smith, in one of the rooms on a piece of Resolute debris which had fallen to the same planet that those who had evacuated the Resolute in episode 1 had landed on.

Once Major Don West and the rest of the fuel recovery team were back at the Robinson Jupiter and Dr. Smith's deception had been shared, we finally saw Smith's true form, a person who will do her best to manipulate, bully and threaten people, as well as planting seeds of doubt in anyone's head.

In the last episode of season 1 "Danger, Will Robinson" we see Dr. Smith apologising to Maureen Robinson (Polly Parker) for what she had done, even this can not be taken as a genuine apology and Maureen knows this, later we see Dr. Smith saying to herself that she will do anything to get out of the makeshift prison she is being held in.

Season 2 looks as though it is going be packed with new adventures and creatures, maybe even Dr. Smith, June Harris or what ever she calls herself in season 2, will finally realise that manipulating the Robinson`s is not going to work. Not now that they know how she operates anyway..
Posted by iJim at 15:30