What is ADHD Exactly?

There are some people out there who still think that people who have ADHD are bouncing off the walls or can't sit still for more than a minute and as for having kids with ADHD? Geez what a nightmare, after all, they are so naughty...

Approximately 9.4% of children 2-17 years of age (6.1 million) have been diagnosed with ADHD, according to parent report to CDC.gov in 2016. Source

One of my children has ADHD, he was diagnosed when he was around 7 years old after one of his teachers recommended that we took him to a specialist for an assessment because he didn't seem to get social queues and seemed to "obsess" on things which the other children either did not see or were so small and unimportant that the others didn't even notice. I myself rank very high on the ADHD spectrum, and I can confirm that kids with ADHD are just naughty, hyperactive kids who are always on the go, could not be further from the truth.

One of the main problems as I see it, is that there is a lot of stigma and misunderstanding about what ADHD is. It is a common misconception when people think that if you have ADHD you are hyperactive and talk as though they have had way too much sugar and caffeine, when in reality, this is not the case. 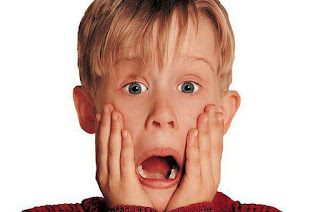 So What is ADHD?
Attention Deficit And Hyperactivity Disorder

Let me explain it in the way a specialist explained it to my son and I when he was first diagnosed.

Society as we know it requires that people concentrate on one thing at a time, "The task in hand", which for the average person is difficult enough, see, we all have this thing which I like to call "The Butterfly Mentality" where, as well as concentrating on the task in hand, people usually have at least two or three other things that they are thinking about.

Did I turn the TV off this morning? I wonder what I should have for tea... as well as the task in hand.

Now, take a person with ADHD, as well as the task in hand and the above thoughts, they can also have up to 20 or more different things going on inside their heads, all at the same time. Each of these things having the same priority and all need doing as a matter of urgency.

Example
Put a person with ADHD in a classroom or in a work environment with 20 other people and tell them to work solely on the task in hand. While everyone else will work on the task quite happily (taking into consideration the butterfly mentality). The person with ADHD will find this painfully difficult.

Now, if we put the same group of people in the middle of a jungle without a map and tell them to find their way out.

While everyone is thinking about what they should do next and which way they should go, the person with ADHD has already noticed the tiger hiding behind the bush to the left, figured out two routes of escape, found some food and noticed that Billy is wearing odd socks. This is ADHD.

Attention Deficit: People with ADHD find it very difficult to focus their attention on one particular subject (The task in hand).

Hyperactivity: The hyperactivity part is because people with ADHD are hyper aware of their surroundings and what is going on around them, which is probably why they have so much difficulty on concentrating on one given thing.

Disorder: I don't like the word "disorder", this is societies way of saying that there is something wrong and there is nothing wrong, we just don't fit in with what society deems to be the norm.

ADHD refers to the part of the brain which deals with social interaction, as well as the ability to focus on a set number of tasks in a certain sequence has not developed at the rate that society deems to be the norm.

There are times when someone with ADHD may suffer from sensory overload. This is when there are too many things going on at the same time and, because you are hyper aware of everything which is happening around you, you become overloaded. My eldest son DT1 hates going shopping because of the amount of people, chatter, movement, the noise that the lights make as well as everything else. To an onlooker it would seem as though he is in a bad mood and to a greater or lesser extent he is. For my son, things are either black or white, there is no in between, a person is either in a good mood or a bad mood, a friend or not a friend.

Some people with ADHD will need to have a task broken down for them. I can not tell my son to go tidy his bedroom, that is too much of an open request, I will usually get the reply "My room is tidy", because to him, it is, he knows where everything is therefore it is tidy. Instead I need to break down the task.

I also need to be aware that I will have to poke my head round his bedroom door from time to time to get him back on task because I guarantee that he will become distracted and has ended up sat in front of his computer playing World if Warcraft.

The next time you are out shopping and you see someone struggling with their stroppy child who is shouting and behaving in an "inappropriate" way, spare a thought, there might be a reason for the "bad" behaviour. Not all disabilities are visible.

Thank you for taking the time to read this
iJim
Posted by iJim at 10:32

Email ThisBlogThis!Share to TwitterShare to FacebookShare to Pinterest
Labels: Health and Fitness