As I am writing this I am told that there is a demonstration in London under the # LondonStays, The soon to be ex prime minister has been quoted in saying that "it is not the right time for Britain to leave Europe", rumour has it that there are talks on launching another referendum as to whether Britain should stay or leave the EU. 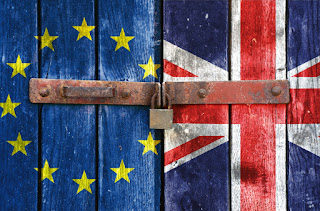 AArrgghh! Let me ask you, if the referendum had gone the other way and Britain had voted to stay in the EU, would those who voted to leave the EU be taken seriously as they shouted for another referendum and protested to leave? Would the MP`s who wanted to leave be heard or listened to when they shouted about a re-vote?
No, they would be told to be quiet and get on with it. If any of the above were to happen, mainly on the initiation of another referendum.
The people have spoken and democracy has been seen to be done, anything else would, in my opinion be undemocratic and shatter all trust in our current or even future parliaments.

Now I am not saying all this as someone who voted to leave, but as someone who is seeing a so called democratic society being manipulated and changed to suit the needs of those in power. This in itself is more worrying than anything else that may be happening to the British economy at the moment.

Regardless on which way you voted, let me know what you think.