Today's vlog "A Day In The Life" was the last vlog I plan to upload for a couple of weeks. At the moment I am crazy busy decorating our living room. I am taking the time away from YouTube to plan how I am going to relaunch my channel into something I have been passionate about since I can remember.
I was inspired to "Trust my gut" and to just go with it after watching a vlog by +JamesChats  called Trusting Your Gut.
After watching I thought "yeah, you know what.. I am going to just do it".
I am going to stop making the follow me around vlogs that I have been making for years and going to go for my passion. Horror and Sci-fi movies in particular Zombie and the apocalyptic type movies. I know its not Dr. Who or Pokemon or anything else that the majority of YouTubers like but hey...
Before I start uploading again I want to plan everything out, new header, avatar, intro and outro`s the whole nine yards so that when I do start I can hit the ground running so to speak. 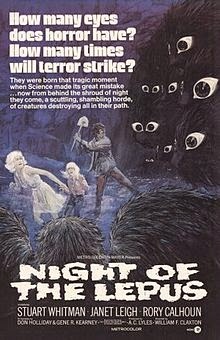 I first became interested in horror movies after having the poop stared out of me after watching the movie Night of the lepus, that movie kept me awake for nights after.. but in my defence I was a kid at the time. Since then I have been on a quest to find that one movie that scars the pop out of me again or keeps me awake at night.
So far I have failed but in my search I have amassed quite the collection of horror films, some good, some not so good. Now I am not saying that I am some kind of expert in horror and sci-fi, far from it, but I know what I like in a good horror (cough zombies, cough) and what makes a bad horror.
I want to share this with others of a like mind. I realise that there might be some people who don't like horror and might unsubscribe from iJimTV but that is a chance I am willing to take, and after all with a huge 16 people I figure this is the best time to make any changes to my channel.
Posted by iJim at 20:02