Its remembrance day tomorrow. A day when we remember those who gave their lives during the first and second world war as well as all the wars that have followed and are unfortunately still going on today. I want to copy a post I made almost two years ago to the day as the message is still the same. Nothing has changed. 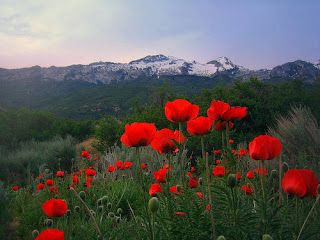 Tomorrow in many places is Rememberance day. Major hostilities of World War I were formally ended at the 11th hour of the 11th day of the 11th month of 1918 when Germany signed the Armistice, today is the day we remember those who fell in that war as well as every war since then.

Given the current situation in the Middle east today is even more poignant as more and more of our troops are taken and more and more of us are feeling or have felt the effects of war in one way or another. I know I have.

I take you back about 20 years, I was a long haired kid on way to Germany with my little brother to meet our Mom who was based in Osnabruc with her new husband a sergeant in the 4th Royal Tank Regiment a Scotish regiment. While I was there I was taken to the naffi for a drink by my step father. If you can remember the old looking buildings you see in the old war movies, the naffi looked like one of them. Anyway I walked in feeling just a little bit nervous. Walked up to the bar with George my step dad and asked for a pint of scotch, which did give the bar tender a look of confusion until George explained "Excuse him, he`s English, Ge i`m a pint o` heavy". I got my pint and followed George to a table to talk and get to know him as this was the first time I had met him. About an hour and many pints later the door behind me opened and in walked a man I could only describe as the size of three men but not an ounce of fat on him walked in. I remember the Barman did not even ask this man what he wanted, putting his pint and a short on the counter. After a while the man walked over to were George and myself were sitting and sat down next to me. George introduced be as Gina`s boy over from England, telling him I was ok, he then went on to introduce the man who I would later get to know only by the name of Thug, a guy who towered over me and I am just over 6 foot tall.

We (George, Thug and me) sat drinking and talking for a few more hours. I have to say that this giant of a man with a thick Scottish accent was one of the nicest people I have ever had the pleasure to meet. Needless to say both George and I got our butts kicked from my Mom when we got back home.

A few years later on another visit to see my Mom I found out that Thug had been killed, shot by a sniper while on tour in Northern Ireland, that's all I know.

As well as remembering all those who lost their lives and still are fighting for the freedom of our selves and others I will be sparing a moment to remember Thug, it was a pleasure to know you.