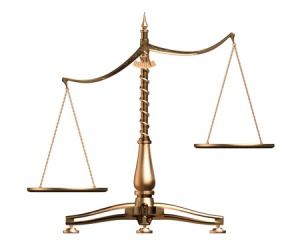 I'm not saying that I am qualified to comment on legal issues, I have not been to university, I don't hold any degrees in Law or the Justice system, Sociology or anything like that, I just say it how "I" see it.

It seems that just about everyone and their dog has a theory as to why England has seen the worst riots since the early 1980`s this week, I personally don't have a theory and if I'm honest I don't need one, the fact is what ever the reason, it happened and that is it. With the exception of the death of Richard Mannington Bowes this morning who was beaten unconsciousness and left in a pool of his own blood on Monday while trying to stop youths setting fire to large rubbish bins across the green from the flat where he lived (Source) it has been quiet for the past two nights.

The clear up of the mess that these thugs left is under way and the British justice system has kicked in to bring justice to those who were involved in the looting and destruction of people's livelihoods and property. Now this is where I as well as many others are starting to see an injustice. Dont get me wrong those who were involved in the riots of the past week have broken the laws of this land and should be punished but as many people are pointing out didn't those involved in the Government expenses Claims do the same when they claimed expenses for things that either did not exist or should not have been claimed for in the first place? Is this not MP`s getting money for nothing?

Then we have the Financiers and the Bankers who, due to "their" mistakes and greed have caused the financial mess that this country is in in the first place, yet they get bailed out at our expense and still manage to receive a 5-6 figure bonus while those lower down the food chain lose their jobs in an attempt to "Save money". Is it that these people are above the law? We know now that what ever happens inside the Houses of parliament "is" above the law and that they have their own judicial system.

It seems to me that the Justice system as we see it today is so imbalanced that it will fall over at any moment as those in power who live at one end of the social scale get bailed out and help while those at the other end face possible prison sentences. Again I am Not defending or trying to justify what has happened, what has happened this week was wrong.

I will go on to ask what kind of example are these people being shown when our own leaders and those who we trust with our money fiddle the system as well as the public out of their money. Well?

As Dr. Martin Luther King said
"Injustice Anywhere Is A Threat To Justice Everywhere".
Posted by iJim at 12:45