Last week I was approached by someone on Twitter who wanted me to answer a few questions on why I have started prepping, of course I answered her questions as best as I could and everything was fine, until I checked the profile of the lady who was asking the questions and found out that she was a journalist.

I am well aware that Preppers and journalists or the media don't have the best if relationships. Preppers nearly always get portrayed as "Doomsday Preppers" waiting for the end of the world so they can play with their tactical gear. 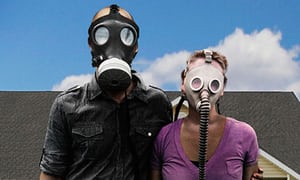 I admit, that there are a few Preppers out there who are like this, but not the majority. To say that all Preppers are waiting for the apocalypse is wholly inaccurate, that would be like saying that all people who have a lot of tattoos and prefer wearing boots are criminally inclined just because that group over there are, note, I have a lot of tattoos and prefer to wear boots and have never been in trouble with the law.

Yet the media continues to portray Preppers as gun crazy survival nuts waiting for the zombie apocalypse.

Thanks to the media wanting to protect your family during troubling times is seen as a bad thing when even the CDC strongly recommend it, they even have a "zombie survival guide" on their website.

The journalist who I was talking with asked if she could interview me for a case study of people who have started prepping because of Brexit and the possibility of the UK crashing out of the EU without any trade deals in place in March 2019.
Needless to say I made some half arsed excuse and declined her offer. Last thing I want is for what ever I say to be taken out of context and used to make me look like a nut job lone wolf who is planning on shooting up a school. I`m not.

I am just a middle aged bloke who has come to realise how fragile society is and how easy it would be for everything we have come to rely on to be snatched away from us.

They say that as a society is only three meals away from anarchy, if that is the case I want my family and myself to be ready, whether that is ready to lock down and bug in until it all blows over and our streets are safe again or if the need arises to bug out and leave the area.

As for the media, historically the media will report on what they want you to know, they will set out their report in such a way to colour your point of view, the way you see a situation or a group of people, sensationalism, big stories set out in a big, larger than life situations sell papers and get views, we must also remember that the best way to make a group of people or an idea look bad is to question their credibility and their grasp on reality, as society and the media would have it seen. 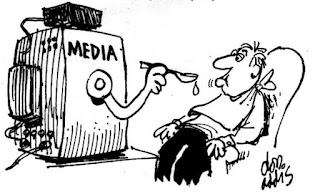 Question what you read, ask for proof and demand receipts, dont rely on one source for your information, read the same event from four or five different sources to get a good overview of the event before making up your mind.