Why you should never listen to those who say that you're insane or mad for wanting to be your self and follow your own dreams..


The ability to think and behave in a normal and rational manner; sound mental health. "I began to doubt my own sanity"

The problem with this is, the word "Normal", what society deems to be normal is not necessarily, well normal behaviour.


Let's have a look at what some "normal" people do.. Some of them work a 9-5 job and go out with their friends on Friday night, spending between £50-£100+ on alcohol alone, get so drunk that they can hardly stand up and not be able to remember a thing.

"I can't remember a thing about last night, it must have been awesome"! 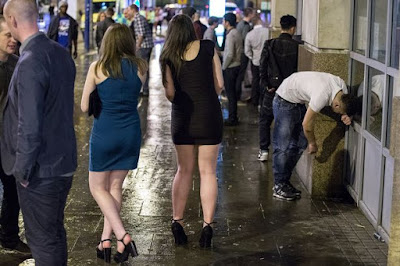 Saturday, if the same people are not too hung over, is shopping day, a day where they will think nothing of spending £80 on a shirt, more of they find a pair of shoes that they "really" like even though they have nearly 20 pairs which they hardly wear.

There are some people who "just can't be seen in the same outfit more than once".

The reasoning behind this is that "they earn the money, so they can spend it how they like", which I can't argue with, even if I don't see the logic of spending that amount of money on booze and clothes.

Our society is lead by people who are only too willing to declare war on another country, fabricating the truth by way of justifying such actions.

Terrorist groups, dictatorship, chemical/nerve agents being used on children (it is not unusual for our leaders to use key words like "innocent people, children, hospital/school bombed" by way of swaying public opinions in such a way that war seems like the only solution.

So we go to war, £10's of millions, billions are spent to fund a new war by the same government who only a month earlier were telling how we are in a recession.

It is my opinion that sanity, by definition is flawed, as it is those who's sanity I question who set the definition as to what we deem to be normal.

Or, maybe I am wrong, as society deems going out on a weekend and spending £100's on how we look and how much fun we are seen to be having while listening to our leaders tell us that this person is evil and needs to be killed, by the way we need to raise the prices on fuel and set another 2% rise on V.A.T. because of the recession we are all in. 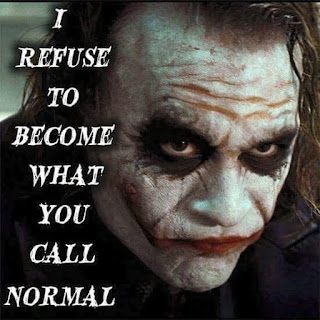 It's called positive disinformation. Tell them what they need to know or what you think, they should think they know, while keeping them happy and they won't cause trouble by asking too many questions.

Maybe this, being normal is what those who don't question are allowed to call them selves, while laughing at those who are "not normal" with their wanting to be different, their free thought and conspiracy theories and belief that they can follow their dreams.

The best way to make a person's questions, theories and tales seem less credible is to question that person's sanity and integrity. Make them look like fools, get society to mock and ridicule them and people are less likely to listen to them or engage them in conversation.
Posted by iJim at 14:05