Alien Life On Earth. A Theory.


Not everything post apocalyptic has to be zombie orientated. What happens if we were to be invaded by aliens from another planet?

On that note, what would you think if I were to tell you that I believe that there is alien life on other planets?

Before you click away from my blog, I do have a theory about this.

This is where my theory comes in. 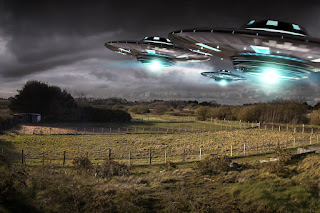 What happens if there is an alien life form that at a molecular level, can vibrate at such a rate that it becomes invisible to the human eye?

Hows that for feeding Human Paranoia?
Posted by iJim at 17:00