Have you ever settled down to watch that new zombie movie that youb ordered a few weeks ago, you know, the one that seemed like seemed like something you would enjoy? After all the description seemed ok.

Did you regret getting that movie about 20 minutes into it or sat and watched the end credits roll and thought to yourself that you would never that hour and a half of your life back again?

I know I have, the thing is you are missing out on a golden opportunity as a creator of horror movies to make your mark on the horror movie industry.

Around 95% of zombie movies are seen as a joke, they have little if any substance, zero character development and are poorly thought out and written, as an example, the three movies I have listed below are a random selection of the kind of movie which has, in my opinion made the zombie genre the joke genre of the horror movie industry.

Cockneys vs Zombies, Strippers vs Zombies, Zombie, zombie, zombie, in fact any movie title which includes the words "Vs Zombies" should throw up all kinds of red flags as something which is going to be a waist of time watching and certainly not worth the money you spent on them. 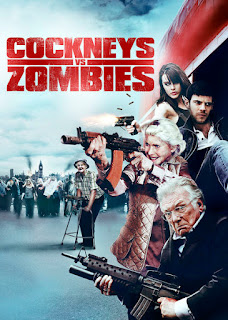 We (or at least I) dont want to see a movie where a couple of drunks in a strip club hear banging and noise coming from outside, open the door to have a look and get their faces chewed off, only to be joined by a few strippers who, accidentally forgot to get dressed again, before going total Rick Grimes a horde of undead who have gathered in the parking lot. 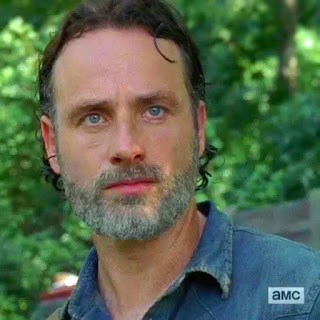 This is not a movie plot, there is no character back story, who were the drunks? Why were they at the club? Was it part of a badly thought out stag party? Who were the strippers, what is their history?

I am not saying that a "good" Zombie movie has to be a gore fest as hordes of flesh hungry undead roam our streets, tearing apart anything that moves, while groups of survivors armed to the teeth barricade them selves into safe rooms. If I can use the hit TV series by AMC The Walking Dead as an example, hours of watch time is spent purely on character development, we become emotionally connected to the people we are watching.

I dont expect that we should have to sit through hours of character backstory before we get in to the movie, but a little bit of history about the people we will be rooting for later in the movie on would be nice.

Let's look at a few classics which have done very well and, have gained a cult following.

The above movies and TV shows and many more all have one thing in common, they are all well-written zombie shows with a well thought out character development and back story.

The difference between classic movies like Dawn of the Dead and hit TV shows like The Walking Dead is easy to see. Time and effort has been put into making these movies, the character's have been planned, their likes, dislikes and even their faults have been looked into before the camera's started rolling, unlike most zombie themed movies which for the most part look as though they have been thrown together over 3 days with the idea of cashing in on the horror movie scene.

Think about it, not one of the "Thrown together" movies has stood the test of time, yet nearly every well thought out zombie/infected TV series and movie has done well and gained quite a following.

Dont get me wrong, I don't expect a gazillion pounds to be spent on a Zombie movie, but I do expect a little bit of effort and thought be put into the characters who we will be watching.

If you the creators, Directors and Producers of Zombie movies can do this I would go so far as to say that you will at the very least make your money back if not double it. All it is going to take is planning, time and effort.

I know I would go to watch it at the cinema and even buy it when it comes out on DVD.